A master must not be missed
Jeremy Nelson 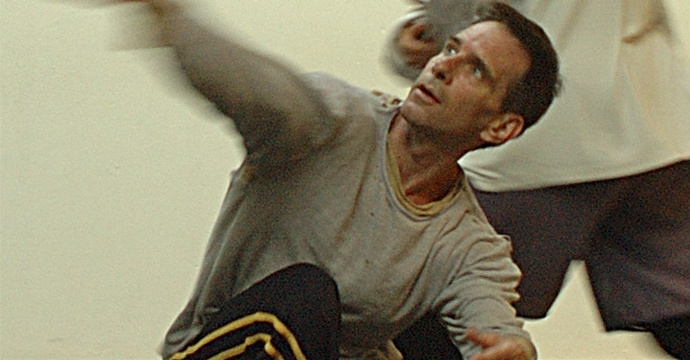 Jeremy Nelson classes are marked by over 25 years of continuous study of the work of Barbara Mahler and Susan Klein, and in recent years also by Alexander Technique® studies, and Bodymind Centering® Feldenkreis Method.

The class focuses on the integration of the research and work in alignment movement. It will focus primarily on working around the skeletal structure and its connections, allowing more mobility and lightness superficial muscles and more efficient use of land. The intention is that every student can experiment and develop this body awareness in your body and recognize their individuality. We will incorporate a variety of approaches including hands-on work in partners that help deepen our awareness and give us the opportunity to really experience some of these ideas in a physical way. We will then take our work into simple activities and movements, improvisation and improvisational scores, and feed it also into some simple set phrase work.

Send an email to aula@lacaldera.info attaching a cv and specifying the courses you want to do.

To reserve a place is necessary to pay 50% in advance.

Once the course has begun the amount paid will not be returned under any circumstances.

Please note that expenses are to be payed by the remitter.

Each student is responsible for their own accommodation and travel to where the workshops and laboratories are performed.

Jeremy Nelson was dancer with The Stephen Petronio Dance Company in New York from 1984-1992. In 1991, he won a New York Dance and Performance (“Bessie”) Award for outstanding performance with that company and in 2004 was a recipient of a John Simon Guggenheim Memorial Fellowship for choreography.

He was a Gowanus Arts Exchange Space Grant Recipient in 1994, a Movement Research Artist-in-Residence in 1994/1995, a 2003/2004 artist-in-residence at Dance Space Center in New York. In 2005 he received funds from Arts International’s Touring Pilot Program and in 2006 was awarded a NYFA BUILD Grant.

He is a member of the teaching faculty at Movement Research in New York and a guest artist at Connecticut College. In the United States, he has taught as part of the American Dance Festival, and at various universities including New York University Tisch School of the Arts and Bennington College. He has been invited to give classes to several internationally recognized companies including Anna Teresa de Keersmaaker’s ROSAS in Brussels, Sasha Waltz Company in Berlin, and Siobhan Davies Dance Company in London. For the last twenty years, he has been teaching classes and workshops in over 30 countries around the world at many studios and festivals including ImPuls Tanz in Vienna, P.A.R.T.S. School in Brussels, Escuela Nacional de Danza Clásica y Contemporánea in Mexico, SEAD School in Salzburg, Instituto de Bellas Artes in Cuba, International Summer School of Dance in Tokyo, DansensHus in Copenhagen, Tanzwerkstatt in Munich, The Northern School of Dance in Leeds and the Kalamata Dance Festival in Greece among many others.

He is was the Head of Dance at the Danish National School of Theatre and Contemporary Dance last five years. Now he lives and teach in New York.